Hersonissos, the most famous resort of Crete

The Port of Hersonissos is famous for its nightlife as there are many bars, restaurants, and taverns next to the beach. The visitors to the area of Hersonissos will find a large number of shops with jewels, furs, clothing etc. and of course many places to rent cars or bikes.

Daily cruises are also organized by various travel agents, to the neighboring island of Dia and many other small islets and beaches in the area, also you can find not so far, many swimming pools and water parks, ones from the biggest in Europe

The village of Old Hersonisos, located within a small distance to the south was built due to the fear of the pirates, that forced the inhabitants of the village to move in the inland.

Emergency care and treatment is handled through the adequate network of private owned medical centers , and the net of public Hospitals 28 km away in Heraklion.(PE.PA.G.N.I. and Venizelion). Transport is fully operational through a new intercity road,with Taxi and buses.

In the site that the harbor of Port Hersonissos is built today, there was the city of ancient Hersonissos.

The Roman Port Hersonissos had wonderful marble waterfalls.The city was first built during the Minoan times but experienced great prosperity during Roman and early Byzantine period. Remnants of this period can be seen today in the area of Kastri, on a promontory where excavations have revealed an early christian basilica.

The ancient city of Port Hersonissos was irrigated by an aqueduct, ruins of which can be found today at

Many more archaeological sites are in  Malia and Heraklion. 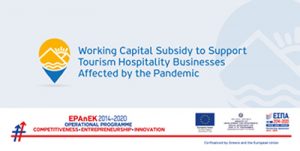